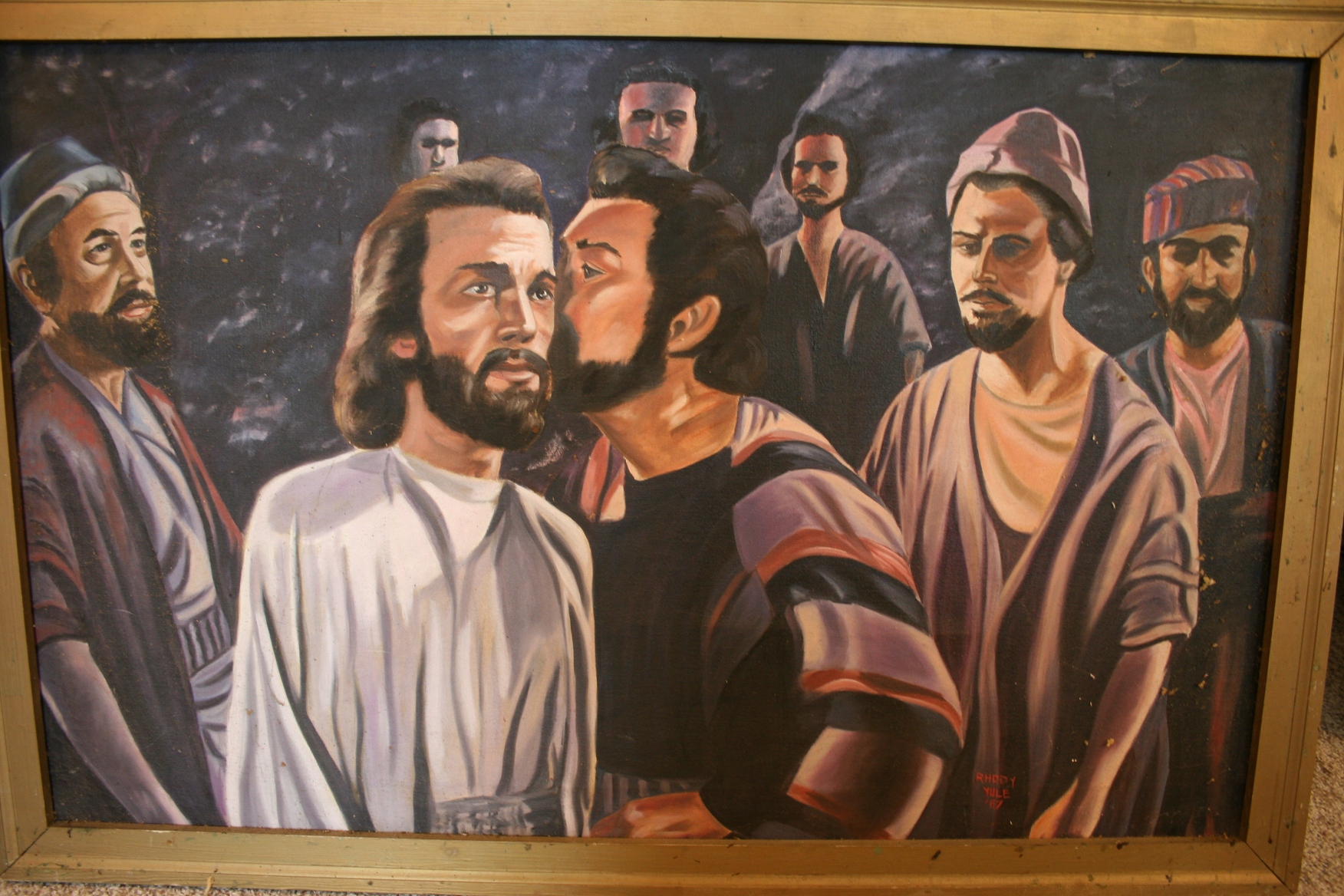 What a horrible emotional feeling and logical realization to experience. We’ve all been betrayed and if you have not, beware it’s coming. The first betrayal every human experience is that within when Adam willingly betrayed our freedom to live in JESUS and we’ve all been born with that curse of sin. And we all have been, will be or have betrayed others. Whose trust have you violated? Who violated your trust? Betrayal is the act of unfaithfulness this is done in so many ways. The most common is through gossip, informing others of what has been entrusted to us. What gossip does is expose the vulnerability of another. What this also does is disclose and permit to appear that which was to remain concealed between the actual person and to whom the person has confided. This is why it is all so important that we be quick to listen but be cautious of our tongue because it will betray our ignorance. Betrayal also misleads people to believe one thing about another only to find out most often in pain the true motive of people. When we betray we demonstrate that we are deceivers. Now, if JESUS had with HIM a deceiver who HE knew would betray HIM. What makes us think that we will not experience being betrayed? JESUS was not surprised of HIS being betrayed by one HE was close to because HE was the One who chose him to be with HIM.

Had JESUS not known that HE was going to be betrayed, how would it have been possible for HIM to speak into the ears of HIS disciples that HE will be betrayed? We are the ones who are always surprised about being betrayed by others and most of us don’t realize that we too betray ourselves. This is why we are found exclaiming “how did I get here” after we have done or said something that we regret. Not only did JESUS inform HIS disciples of what was to come but HE asked them not to forget to allow HIS words of warning to sink deep into their hearing. But we all know how that worked out, all of HIS disciples were caught off guard and fear overtook them. All because when HE spoke to them they did not ask HIM questions to their lack of understanding about what HE was sharing with them. I get so irritated today when I am speaking and ask if anyone has questions and no one will raise their hands. Especially adults, you know that you don’t understand with clarity so why not dispel the pride you have and ask questions. I was taught that no question is stupid except the one which is not asked. JESUS allowed HIMself to be overtaken by the power of humankind. Humans could not and cannot do anything without JESUS allowing things to happen.

What will happen if we know within our spirit because the Holy Spirit has already informed us that we are among someone or people who will betray us? JESUS, when HE was having a beautiful dinner with HIS guys looked up and said in the hearing of everyone that HE will be betrayed by one of them. HE had even gone as far as to disclose who HIS betrayer was. WoW! How blind and deaf we can be when the truth is told to us and shown to us and all because we have our own perception of something and someone we don’t want to receive the truth. But remain in what is our blissful ignorance. We just like JESUS, can be enjoying the company that we are keeping, out enjoying entertainment, a meal, or just having a blast when we are in the company of one or those whose motives is to betray us. Sometimes we even sleep with our enemy/betrayer. JESUS CHRIST did not die at the hand of man’s authority HE died because it was predestined in the decision of GOD the FATHER. However, when someone betrays us that is if they have a conscience because they know deep in their heart that what they have done is not only wrong but the one they targeted to betray was uncalled for based on the character and integrity of the one who has been betrayed. If or when the person who betrays another becomes grievous in their heart and is distressed. Hopefully, the betrayer will come and confess asking for our forgiveness and we will forgive them. Don’t allow the person who betrays us to become overwhelmed by betraying us to the point that they are driven to do what Judas did. Judas could have asked for forgiveness from JESUS though he may not have been able to get close to HIM after HIS arrest. Instead because of his guilt, he became self-righteous and took his own life. Just as JESUS chose HIS twelve guys to pal around with we too choose who we decide to befriend. However, JESUS had insight that one of HIS homeboys was the son of the devil. And we too pal around or marry sons and daughters of the devil not knowing it. However, we too can know who we have decided to be friends with when we have the Holy Spirit living on the inside of us and listen to His instructions and warnings. This way if we decide to keep a betrayer within our mist then we can if we choose to demonstrate pure love to that person and reveal JESUS in our character and integrity in the hope that the person or people who we have chosen to be in our circle will come to CHRIST JESUS if they’ve not made that move in HIS direction as yet.

The LORD CHRIST JESUS has made us free