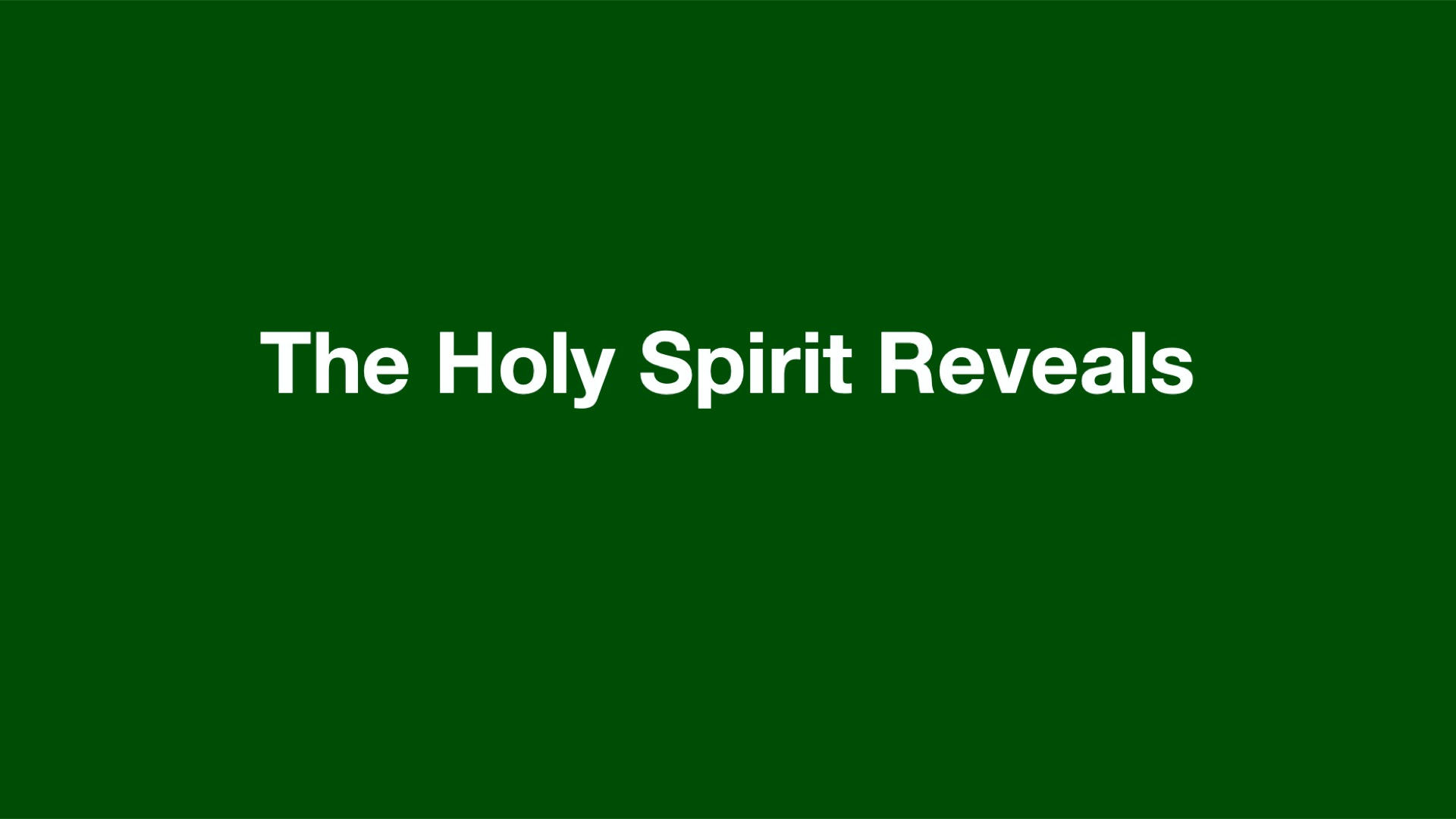 In the first scripture text, the verse informs us that the Holy Spirit is a revealer. This is where our focus must be not on what He revealed to  Simeon but what will you allow Him to reveal to you? We should desire to have made known to us those things which we do not know from heaven. I believe for people who love to gossip about nothing this would be awesome for you because you are discovering and having disclosed to you the secrets that the world has no knowledge of for you to run and tell that.

Here is a revelation, which one of us can live and not see death? Does GOD see you as HE did Enoch who never saw death but was taken away and not found by anyone because GOD had taken him away? Does GOD see you as HE did Elijah who was taken up by GOD into heaven in a chariot of fire being pulled by horses in the tornado? I think not because no other human has been recorded as being taken rather than dying.  Just as mankind cannot escape the first death we cannot rescue ourselves from the grip of death and hell. Our rescue must come from CHRIST JESUS and HE has done so but it is up to each and every one of us to believe in HIM so that our rescue may become complete in HIM. Even JESUS HIMself saw death [because of you and for you] but the miracle in HIM is that no person prayed for HIS resurrection, no person stood outside where HE was buried and called HIM forward, and none of HIS disciples remembered what JESUS had revealed to them. JESUS rose from the dead by the power of GOD the FATHER after HE completed HIS final mission and that was that JESUS went into the bowels of hell and preached and those who believed in HIM prior to their death and was kept separate in the place called Abraham’s bosom was seen alive again after JESUS released them, [Ps. 16:10; Mt. 27:52-53; Lk. 16:22-31; 1 Ptr. 3:19; Rev. 1:18]. The natural death is the first death but spiritual death is the second. Only those who die in their sin of unbelief in CHRIST JESUS will spend eternity being separated from GOD the FATHER, GOD the SON, and GOD the Holy Ghost along with your friends and family who tried to witness to you but you wanted no parts of what they wanted to share with you. I have a feeling that just as the rich man who mistreated Lazarus to the point that the dogs licked his wounds that those who go to hell may be able to see up in heaven and they will desire that those that they recognize to come and just place a single drop of water on their tongues to cool them. But it will not happen, Lk. 16:23-25. We need to get to that place of not caring how others speak negatively about us and think us to be strange because there is no better approval than that which comes from the FATHER.

Before the crucifixion of JESUS, revelation knowledge was not given to each and every one of GOD’s children. Revelation knowledge was given to the prophets and the apostles only and of course, it goes without saying JESUS the CHRIST imparted HIS instructions and wisdom but there were some who received but did not understand completely and there were some who rejected JESUS completely. Now, by the promise given to us, the Holy Spirit reveals many secrets to those that belong to the FATHER through CHRIST JESUS. Today, we do not need a priest to speak on our behalf and we do not need a prophet to reveal that which the LORD GOD has placed in HIS Word. Prophets of old shared what was going to happen and reminded people of what had already been done. What newness can a prophet reveal today? Nothing. But the prophets of today constantly remind us of what GOD did through CHRIST JESUS and they are also used in the word of knowledge, meaning that they will tell us things that we know could not have been told by another person or they will confirm that which the LORD has spoken into our spirit. In order to get GOD’s revelation knowledge, we must first walk/live in the Spirit.