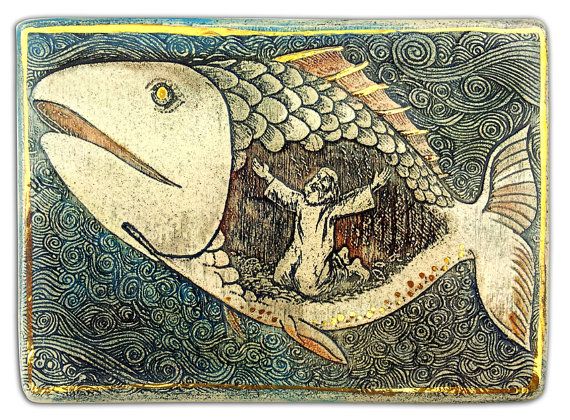 Another name for belly is our abdomen, core, stomach, and for women only the womb. It’s the part of the body which we so desperately try to keep flat through rigorous exercises. For some the belly is their god because of their eating habits, meaning instead of eating to live, they live to eat. And finally, the Bible speaks to us about the heart and the earth being a belly. You may be wondering why am writing about the belly. Well, this writing is centered or it opens with Jonah a man that anyone who is called into the ministry should be able to understand personally. Why don’t we just take a small stroll to see just how Jonah and the scriptures will encourage, inform and inspire.

Jonah was a prophet of GOD and he was given a message to share with those in Nineveh. Those who resided in Nineveh were known heathens and Jonah did not want to go there to speak with them. He was perfectly okay with them going to hell. I wonder if this is where the profanity of telling people to go there originated. However, when he did go it was through reluctance. Come on, I’m certain that many of us have been instructed by JESUS to go and do something that we were either too afraid and reluctant to do or because we see with our natural eyes and hear with our natural ears how people or a person is that we are okay with them going to hell. Jonah as some others was a type of the Son of man a foreshadow of JESUS who was to come. Here we go let’s dive in.

For those of us who at some point in our life that received instructions from the LORD to do or say something and we did not go through with it. We all experienced some type of stress in our life or witnessed something great because someone else did what we were told to do or say. I know for me I can relate because I went through many fears early on in the ministry GOD has given to me. Jonah in his reluctance to go where he was instructed to go and speak to the people that GOD loved found himself in a very stressful situation and those that he was in the company of because he was on a boat/ship they to experienced the turmoil that was caused because of Jonah’s disobedience. But I love and chuckle at how those who were on the boat/ship with him threw him overboard once they found out that he was the cause of the storm that was tossing their vessel. As Jonah was floundering in the water the LORD GOD had commanded a large fish (no one knows what type of large fish it was, and there are many types of large fish. Please do not call the large/great fish something that it is not such as the whale,) to come and swallow him up. Jonah spent three days and nights in the belly of this fish and he was not spewed out until he had changed his mind/ repented and decided to do what the LORD had requested of him to do. Imagine when we choose not to do what we have been commanded to do and at how we too place ourselves or because of our fears we are overwhelmed and buried/engulfed in very stressful situations until we change our minds/repent. Now, to see how Jonah is compared to JESUS. The belly of the earth is hell which is spoken of in the book of Jonah. I know that many do not want to consider that when the Savior died in those three days and nights HE was not just laying in the tomb before HE came back to life. HE was actually still working because HE descended into the belly, the heart of earth/hell and preached and set the captives free. And just as Jonah once he actually arrived in Nineveh became a sign to them with the delivered message that was given to him by the LORD GOD, it caused them to repent and turn to GOD. CHRIST JESUS is our sign, HE had and has a message which is never changing and those who have ears to hear spiritually will hear HIM and come to HIM to answer HIS call for them. None of us can find GOD because GOD is not and never has been or ever will be lost. However, we are found by CHRIST JESUS who comes looking for each and every one of us until HE finds us and places us upon HIS shoulders to carry us to safety in HIM. Each and every human should turn/change the mind/repent from their evil ways and from the violence they are capable of doing, saying and thinking. GOD is not an angry GOD nor is HE judgmental of humans because of the mentor that we have in CHRIST JESUS and for HIS children HE is our mediator. Today, for those who die in their sins, they did so by choice because there are far too many avenues by which we can hear the truth of CHRIST JESUS and it was chosen not to believe and adhere to HIS Word. We have television, radios, cell phones, computers, tablets, preachers, evangelist, and some true prophets. And let us not forget the bestselling book that continues to outsell any published book ever published and it’s titled the Bible. We truly do not have any excuse of not knowing GOD’s Word.

I wrote at the top of the page that the belly is also considered the heart when it’s looked up in the scriptures. We can also learn how within our belly dwells carnal lust and sensual pleasures. And, then the entire man. Take a look and see just how your belly is.

Why is it wrong to drink?

What a cute baby